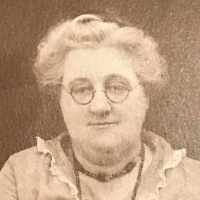 The Life of Susan Olivia

Put your face in a costume from Susan Olivia's homelands.

Garfield was shot twice by Charles J. Guitea at Railroad Station in Washington, D.C. on July 2, 1881. After eleven weeks of intensive and other care Garfield died in Elberon, New Jersey, the second of four presidents to be assassinated, following Abraham Lincoln.
1893 · The Last Public Hanging in Georgia

The last public hanging in Georgia was on September 28, 1893. The General Assembly prohibited public executions in December 1893. Prior to this law, Georgians commonly traveled to witness scheduled public executions.
1900 · Gold for Cash!