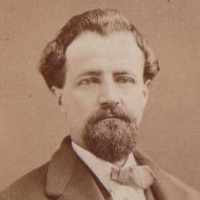 The Life Summary of William Ivins

Put your face in a costume from William Ivins's homelands.

Editor’s NOTE: The following is an interesting biographical sketch of William i8 Appleby, who baptized Andrew Hunter Scott at Vincentown New Jersey on Sept 17, 1843. The sketch was published in the a …