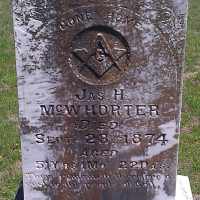 The Life of James Henderson

Put your face in a costume from James Henderson's homelands.

In 1826, the capital of Alabama moved from Cahaba to Tuscaloosa.
1844 · German Immigration to Texas