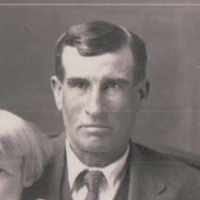 The Life of James Ellis

When James Ellis Morrison was born on 30 November 1858, in Williamsport, Warren, Indiana, United States, his father, James H Morrison, was 28 and his mother, Mahala Breneman, was 30. He married Jamima Melissa Imlay on 15 September 1886, in Alma, Wabaunsee, Kansas, United States. They were the parents of at least 1 son and 4 daughters. He died on 14 August 1936, in Eads, Kiowa, Colorado, United States, at the age of 77.

Put your face in a costume from James Ellis's homelands.

In 1861, Denver City was incorporated into the territory as an official city.
1863