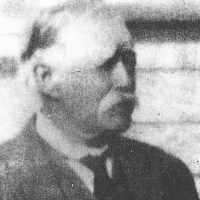 The Life of Erasmus Corwin

Put your face in a costume from Erasmus Corwin's homelands.

1 Scottish and northern English: topographic name for someone who lived by a cattleshed, Middle English byre, or a habitational name with the same meaning, from any of several places named with Old English bȳre, for example Byers Green in County Durham or Byres near Edinburgh.2 Americanized spelling of German Bayers .