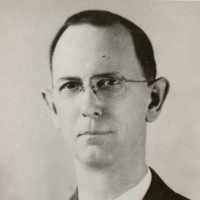 The Life of Ross Philip

Put your face in a costume from Ross Philip's homelands.

Hebrew: According to some the name of the apostle is derived from a Syriac word of Hebrew origin, viz. from tham, doubt, because of his doubting, and they say he was on that account called in Greek, a word meaning of two hearts. But the Hebrew tham (pi. thami) is a twin, and the Greek Didymus has the same signification; and there is a tradition that the apostle, whose real name is said to have been Judas, was a twin-brother of Jesus, or that he had a twin-sister Lydia (Lysia?), the former being the most probable. Dr. William Smith says the word Thoma, means a twin; and so it is translated in John xi. 16, xxi. 2; and he adds, "In Cant. vii. 4, the name is simply Tham, exactly our 'Tom.' The frequency of the name in England is derived, not from the apostle, but from St. Thomas of Canterbury."