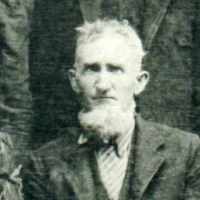 The Life of Joseph S.

Put your face in a costume from Joseph S.'s homelands.

From the Nusbaum family Bible published in 1815