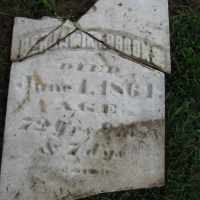 When Benjamin Brooks was born on 24 September 1792, in Chester, Windsor, Vermont, United States, his father, David Brooks, was 49 and his mother, Ann Clarke, was 47. He married Nancy Olive Harris on 8 February 1815, in Chatham Township, Argenteuil, Quebec, Canada. They were the parents of at least 7 sons and 6 daughters. He died on 1 June 1864, in Fairfield Township, Fayette, Iowa, United States, at the age of 71, and was buried in Arlington Cemetery, Arlington, Fayette, Iowa, United States.