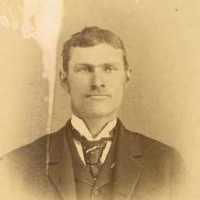 The Life of Fred Lafayette

Put your face in a costume from Fred Lafayette's homelands.

The first federal law that defined what was citizenship and affirm that all citizens are equally protected by the law. Its main objective was to protect the civil rights of persons of African descent.
1884 · Iron Mining starts in Minnesota

After discovering iron ore in the Vermilion Range in North-East of Minnesota, iron mining companies began to come to the area and caused an economic boom to the area of Duluth and to the state as a whole.
1890 · The Sherman Antitrust Act

1 English (chiefly eastern and southern): from an agent derivative of Middle English pich ‘pitch’, hence an occupational name for a caulker, one who sealed the seams of ships or barrels with pitch.2 English: variant of Pickard 2.3 Possibly from German Pitscher, from the short form of a personal name formed with Old High German bītan ‘to endure’, or bittan ‘to wish or ask for’.