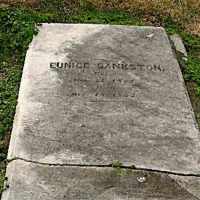 The Revolutionary War ended with the signing of the Treaty of Paris which gave the new nation boundries on which they could expand and trade with other countries without any problems.
1789 · Becomes 12th State

The Walton War was a border dispute between Georgia and North Carolina, when Georgia established Walton County. The main piece of land being fought over was called the Orphan Strip and was located between North Carolina and Georgia. It started in 1804 and became part of the War of 1812 and lasted until 1818.

Irish (Limerick): Anglicized form of Gaelic Mac Aodha ‘son of Aodh’, an ancient personal name meaning ‘fire’, originally the name of a pagan god. Thus it has the same origin as McGee , McKay and McKee .