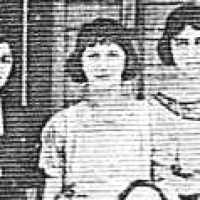 Put your face in a costume from Thelma Pearl's homelands.

The Eighteenth Amendment established a prohibition on all intoxicating liquors in the United States. As a result of the Amendment, the Prohibition made way for bootlegging and speakeasies becoming popular in many areas. The Eighteenth Amendment was then repealed by the Twenty-first Amendment. Making it the first and only amendment that has been repealed.
English: patronymic from the personal name Andrew . This is the usual southern English patronymic form, also found in Wales; the Scottish and northern English form is Anderson . In North America this name has absorbed numerous cases of the various European cognates and their derivatives. (For forms, see Hanks and Hodges 1988 .)