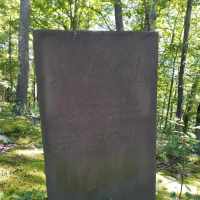 The Life of Richard B

Put your face in a costume from Richard B's homelands.

The Revolutionary War ended with the signing of the Treaty of Paris which gave the new nation boundries on which they could expand and trade with other countries without any problems.
1791 · Founded

Rensselaer County was organized from Albany County in 1791.
1797 · Albany is Named Capital of New York