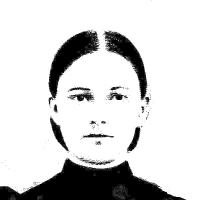 Convinced that a group of Native American tribes were hostile, The United States formed a frontier militia to stop them in their tracks. Even though Black Hawk was hoping to avoid bloodshed while trying to resettle on tribal land, U.S. officials opened fire on the Native Americans. Black Hawk then responded to this confrontation by successfully attacking the militia at the Battle of Stillman's Run and then left northward. After a few months the militia caught up with Black Hawk and his men and defeated them at the Battle of Wisconsin Heights. While being weakened by hunger, injuries and desertion, Black Hawk and the rest of the many native survivors retreated towards the Mississippi. Unfortunately, Black Hawk and other leaders were later captured when they surrendered to the US forces and were then imprisoned for a year.
1839 · Nauvoo is Settled

After the Saints had been chased out of Missouri they moved to a swampy area located next to the Mississippi River. Here they settled and named the place Nauvoo which translates into the city beautiful.
1854 · The Crimean War

English: habitational name from any of three places called Billington, in Lancashire, Staffordshire, and Bedfordshire. The first of these is first recorded in 1196 as Billingduna ‘swordshaped hill’ ( see Bill ); the second is in Domesday Book as Belintone ‘settlement (Old English tūn) of Billa’; the one in Bedfordshire is recorded in 1196 as Billendon, from an Old English personal name Billa+ dūn ‘hill’. The place in Lancashire is the most likely source of the surname.

Transcribed from the Hatch book by Marjorie Eddy and Kathleen Savage Judd. This account compiled from “Eliza Billington Welch” by Eva Dunn Snow and from In Grateful Rememberance of My Parents by Glad …