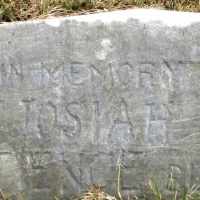 The Life of Josiah

When Josiah Clark was born on 20 February 1704, in Kittery, York, Maine, United States, his father, Elisha Clark, was 38 and his mother, Sarah Taylor, was 35. He married Patience Blackstone about 1730, in Dover Neck, Strafford, New Hampshire, British Colonial America. They were the parents of at least 9 sons and 2 daughters. He died on 12 August 1768, in Newcastle, Lincoln, Maine, United States, at the age of 64, and was buried in Newcastle, Lincoln, Massachusetts Bay Colony, British Colonial America.