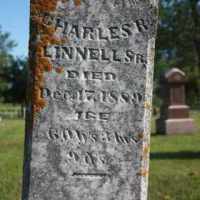 The Life of Charles Russell

Put your face in a costume from Charles Russell's homelands.

CHESTER H. LINNELL (1885), a progressive farmer of Clinton township, owning 120 acres of the southwest quarter of section 3, has been a resident of Rock county for twenty-six years. He is the son of C …