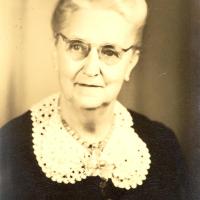 The Life of Ida E.

Put your face in a costume from Ida E.'s homelands.

English: habitational name from any of the numerous places throughout England (but especially in the south) named Compton, from Old English cumb ‘short, straight valley’ + tūn ‘enclosure’, ‘settlement’.