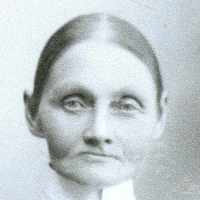 The Life of Maria Stina

Put your face in a costume from Maria Stina's homelands.

The March Unrest, or the Marsoroligheterna, was a series of riots in Stockholm in March 1848, due to news of the French Revolution. As a mob gathered and plundered shops on March 19, the militia fired shots and 18 deaths. The army arrived on March 21 for reinforcement and terminated any further rioting.
1852

Maria Stina Eliason was born to Elias Andersson Nordblom and Beata Norrman on July 28, 1819 in Alingsas, Alvsborg, Sweden. She was the ninth and youngest child. At the time of her birth, her fathe …