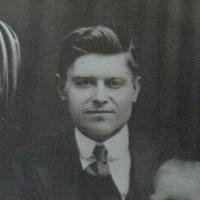 The Life of Antoni Frank

Put your face in a costume from Antoni Frank's homelands.

A landmark decision of the U.S. Supreme Court upholding the constitutionality of racial segregation laws for public facilities if the segregated facilities were equal in quality. It's widely regarded as one of the worst decisions in U.S. Supreme Court history.
1897 · National-Democratic Party

In 1897, while the Polish were still controlled by the Russian Partition, they created a secret political organization called the National-Democratic Party. Also known as the SDN, they primarily focused on promoting legislative changes and other forms of non-violent resistance. The group was dissolved in 1919 when Poland regained their independence.
1907 · Not for profit elections

1 Catalan, French, English, German (also Romann), Polish, Hungarian (Román), Romanian, Ukrainian, and Belorussian: from the Latin personal name Romanus, which originally meant ‘Roman’. This name was borne by several saints, including a 7th-century bishop of Rouen.2 English, French, and Catalan: regional or ethnic name for someone from Rome or from Italy in general, or a nickname for someone who had some connection with Rome, as for example having been there on a pilgrimage. Compare Romero .