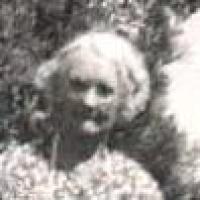 The Life of Katie Bell

Put your face in a costume from Katie Bell's homelands.

Caused by many crimes and breaking the Tenure of Office Act, Many Senators and House Representatives became angry with President Johnson and began discussions of his Impeachment. After a special session of Congress, the Articles of Impeachment were approved by the House and then the Senate. Making Andrew Johnson the first President to be Impeached.
1890 · The Sherman Antitrust Act

English, Scottish, German, Dutch, etc.: from the personal name Peter (Greek Petros, from petra ‘rock’, ‘stone’). The name was popular throughout Christian Europe in the Middle Ages, having been bestowed by Christ as a byname on the apostle Simon bar Jonah, the brother of Andrew. The name was chosen by Christ for its symbolic significance (John 1:42, Matt. 16:18); St. Peter is regarded as the founding head of the Christian Church in view of Christ's saying, ‘Thou art Peter and upon this rock I will build my Church’. In Christian Germany in the early Middle Ages this was the most frequent personal name of non-Germanic origin until the 14th century. This surname has also absorbed many cognates in other languages, for example Czech Petr, Hungarian Péter. It has also been adopted as a surname by Ashkenazic Jews.