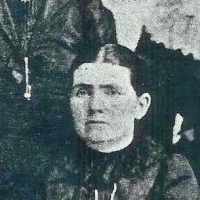 The Life of Elizabeth Massie

Put your face in a costume from Elizabeth Massie's homelands.

The Capitol was located in Iowa City until the 1st General Assembly of Iowa recognized that the Capitol should be moved farther west than Iowa City. Land was found two miles from the Des Moines River to start construction of the new building. Today the Capitol building still stands on its original plot.
1860

In 1860, the Pony Express used men riding on horseback to carry mail between St. Joseph, Missouri, and Sacramento, California.
1870 · The Fifteenth Amendment

1 Swedish (also Öman): ornamental name from Swedish ö ‘island’ + man ‘man’, in some cases adopted as a topographic name by someone who lived on an island.2 Scottish and English: variant of Hammond .3 Slovenian: topographic name from oman, the name of a plant (in English known as elecampane or meadow fleabane; Latin genus name Inula).