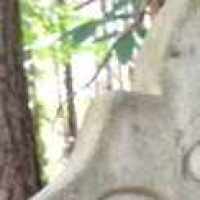 On June 28, 1776, the Battle of Sullivan's Island takes place on Sullivan's Island, South Carolina. Since it is so close to Charelston, the battle is sometimes referred to as the First Siege of Charleston. This is the first time that the Americans had a victory against a land and sea attack by the British.

Pension application of Robert Cate (Cote) W3769 Sarah fn35NC Transcribed by Will Graves 11/9/10 [Methodology: Spelling, punctuation and/or grammar have been corrected in some instances for ease of rea …