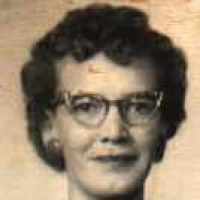 The Life of Myrtle Ione

When Myrtle Ione Boxrud was born on 1 December 1921, in Lovell, Big Horn, Wyoming, United States, her father, Julius Bernard Boxrud, was 38 and her mother, Sallie Marie Gill, was 26. She married Theodore Vogeler on 31 December 1940, in Billings, Yellowstone, Montana, United States. They were the parents of at least 2 daughters. She died on 27 November 1985, in her hometown, at the age of 63, and was buried in Lovell, Big Horn, Wyoming, United States.

Put your face in a costume from Myrtle Ione's homelands.