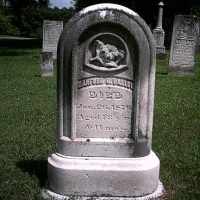 The Life of Danford Green

Put your face in a costume from Danford Green's homelands.

Ohio was the first state admitted to the Union from the Northwest Territory.
1825 · The Crimes Act