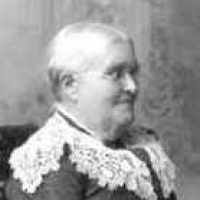 The Life of Mary Cordelia

Put your face in a costume from Mary Cordelia's homelands.

The Missouri Compromise helped provide the entrance of Maine as a free state and Missouri as a slave state into the United States. As part of the compromise, slavery was prohibited north of the 36°30′ parallel, excluding Missouri.
1825 · State Capital Moves to Indianapolis

1 English: probably a habitational name either from a lost or unidentified place, or a variant of Hagley .2 Possibly a variant of German Hackler .