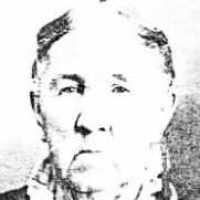 The Life Summary of Hester Ann

Put your face in a costume from Hester Ann's homelands.

FRANCIS ABRAHAM MONTEE came to Wyandot Co., Ohio in 1833. He purchased the Wyandot Flour & Saw Mill. He secured a lease on a site of the Broken Sword Creek & erected a saw mill. Being a lumberman b …