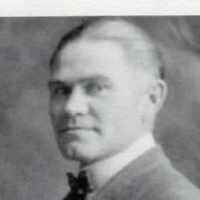 A Swedish man, Olof Ohman, was farming on his land when he came across a 202-pound rock slab that had strange writing on it. Convinced it was proof that Scandinavian explorers came to that area before Columbus found the Americas, he had it looked at by scholars and linguists to find its translation. There has been a drawn-out debate on the stone's authenticity, with a scholarly consensus that classifies it as a hoax and the community which is convinced that it is authentic.

The Prohibition Era. Sale and manufacture of alcoholic liquors outlawed. A mushrooming of illegal drinking joints, home-produced alcohol and gangsterism.
English: habitational name from any of three places called Billington, in Lancashire, Staffordshire, and Bedfordshire. The first of these is first recorded in 1196 as Billingduna ‘swordshaped hill’ ( see Bill ); the second is in Domesday Book as Belintone ‘settlement (Old English tūn) of Billa’; the one in Bedfordshire is recorded in 1196 as Billendon, from an Old English personal name Billa+ dūn ‘hill’. The place in Lancashire is the most likely source of the surname.