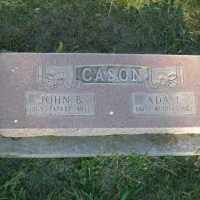 The Life of John Benton

Put your face in a costume from John Benton's homelands.

The first federal law that defined what was citizenship and affirm that all citizens are equally protected by the law. Its main objective was to protect the civil rights of persons of African descent.
1866 · Married Women's Property Act

Married Women’s Property Act protected women’s rights protected property for women in Oregon upon the death of her husband.
1886

1 English: habitational name for someone from Cawston in Norfolk; the form of the surname reflects the local pronunciation of the place name, which is from the Old Scandinavian personal name Kalfr + Old English tūn ‘settlement’.2 Italian (Venetia): augmentative form of Casa .