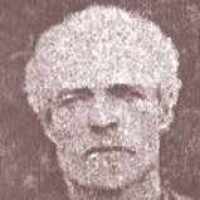 The Life of Thomas Bartholomew

Put your face in a costume from Thomas Bartholomew's homelands.

On May 30, 1854, the Kansas-Nebraska Act was passed. It allowed people in the territories of Kansas and Nebraska to decide whether or not they wanted to allow slavery within their borders. This Act repealed the Missouri Compromise of 1820.
1856