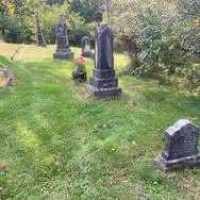 While the growth of the new nation was exponential, the United States didn’t have permanent location to house the Government. The First capital was temporary in New York City but by the second term of George Washington the Capital moved to Philadelphia for the following 10 years. Ultimately during the Presidency of John Adams, the Capital found a permanent home in the District of Columbia.
French:1. from the Old French oblique case of the Germanic personal name Bodo meaning ‘messenger’, ‘herald’ ( see Bothe ). 2. nickname for someone with a prominent wart, carbuncle, or boil, from Old French bo(u)ton ‘knob’, ‘lump’, ‘excrescence’ (from bo(u)ter ‘to thrust or strike’). 3. metonymic occupational name for a maker or seller of buttons, from Old French bo(u)ton, the same word as in 2, specialized to mean ‘button’.