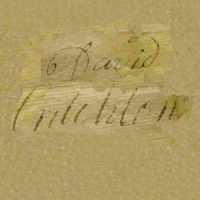 The earliest forbear of the Critchlow clan, David Critchlow, came toAmerica from Ireland. He settled first in Westmoreland county,Pennsylvania, about the middle of the eighteenth century. There were n …