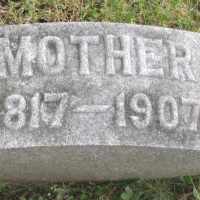 With the Aftermath of the Napoleonic Wars the global market for trade was down. During this time, America had its first financial crisis and it lasted for only two years.
1836 · The Treaty of the Cedars

Treaty of the Cedars was concluded on the Fox River on September 3, 1836. The Menominee Nation ceded nearly 4 million acres of land for the following items every year for twenty years: $3,000 worth of food provisions, 2,000 lbs. of tobacco, 30 barrels of salt, agricultural supplies, and $500 per year.
1846