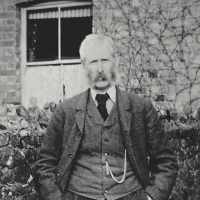 The Police Act 1857 was an Act put into place by Parliament to establish a mandatory police force in every county of Scotland.
Scottish and Irish: see McKay .