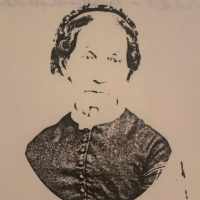 A United States law to provide financial relief for the purchasers of Public Lands. It permitted the earlier buyers, that couldn't pay completely for the land, to return the land back to the government. This granted them a credit towards the debt they had on land. Congress, also, extended credit to buyer for eight more years. Still while being in economic panic and the shortage of currency made by citizens, the government hoped that with the time extension, the economy would improve.
(1997: 9721;2007: 18135; 2010: 23458)North German, Danish, and Dutch: topographic name for someone who lived near a post or pole (Middle Low German, Middle Dutch post, from Latin postis), presumably one of some significance, e.g. serving as a landmark or boundary, or a habitational name from any of several places in northern Germany called Post, probably from this word.North German, Dutch, and Jewish (Ashkenazic): metonymic occupational name for a messenger or mailman, from post ‘mail’.