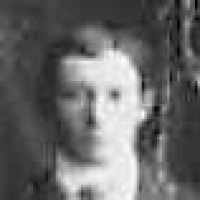 The Life Summary of John Charles

Put your face in a costume from John Charles's homelands.

English (of Norman origin): from the Middle English personal names Everard and Everet. These might occasionally be from the Old English form of the name, Eoforheard (from eofor ‘boar’ + heard ‘hardy, brave’), but many bearers of this name were undoubtedly Normans, who took it from the cognate ancient Germanic Eburhard, Everhard.

In the summer of 1888, a small group of young married people living in Hooper, Utah, heard the stories of the vast Snake River Valley plains in Idaho and the possibilities of establishing homes there. …