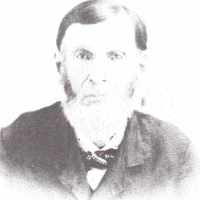 Some characteristic forenames: German Fritz.Probably an Americanized form of German Gutbier ‘good beer’ or an altered form of its English cognate Godber .