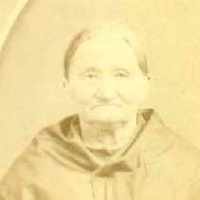 The Life Summary of Elisabetha Catharina

When Elisabetha Catharina Zundel was born on 16 March 1804, in Wiernsheim, Maulbronn, Württemberg, Germany, her father, Johann Eberhard Zundel, was 42 and her mother, Juliane Pflüger, was 40. She married David Wagner about 1832, in Phillipsburg, Beaver, Pennsylvania, United States. They were the parents of at least 3 sons and 4 daughters. She died on 15 June 1883, in Aurora, Marion, Oregon, United States, at the age of 79, and was buried in Aurora, Marion, Oregon, United States.

Put your face in a costume from Elisabetha Catharina's homelands.

Life in the Harmony Society

Georg Rapp began preaching in 1787 to friends. Meetings were held in his house. They refused to baptize their children in the Lutheran church, refused to swear oaths of allegiance, refused to work o …