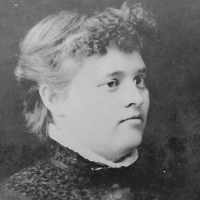 The Life of Iona E.

Put your face in a costume from Iona E.'s homelands.

The first federal law that defined what was citizenship and affirm that all citizens are equally protected by the law. Its main objective was to protect the civil rights of persons of African descent.
1867 · Denver Becomes a temporary capital

In 1867, Denver City becomes the Capital of the Territory of Colorado.
1886

The following family story was told by Paul Wayne Houghton and his siblings. Iona Viles took her sons, Marcus Houghton and Albert Merl Houghton to the train station. There she got on the train with …