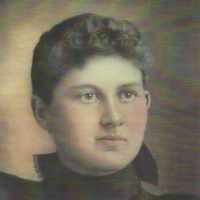 The Life Summary of Nannie Mae

Put your face in a costume from Nannie Mae's homelands.

Kansas became the first state to adopt a constitutional amendment which prohibited all alcoholic beverages on February 19, 1881.

English: habitational name from any of the many places called Newbury, named with the Old English elements nēowe ‘new’ + burh ‘fortress, fortified town’ (see Newbury ).English (of Norman origin): habitational name from Le Neubourg in Eure, France.History: Thomas Newberry emigrated from Devon, England, to Dorchester, MA, in 1634. Among his descendants were a number of very successful manufacturers and entrepreneurs, including the brothers Oliver (1789–1860) and Walter (1804–68) Newberry, whose prosperity was linked with the growth and development of Chicago.

The name change from Berg to Shell

Hi I am a grand daughter of Abijah, my father was George William Shell. My father found his father, Abijah, dead at the fence that he was working on, he had shot himself with his rifle. The story abo …