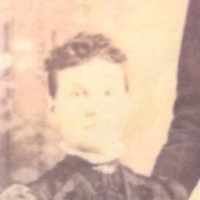 When Mary Elizabeth Parkhurst was born in 1843, in Indiana, United States, her father, Robert Samuel Parkhurst, was 20 and her mother, Lucretia Henry, was 21. She married Iverson Ellis Utterback on 27 February 1860. They were the parents of at least 3 sons and 2 daughters. She lived in Franklin Township, Johnson, Indiana, United States in 1860 and Independence, Montgomery, Kansas, United States for about 10 years. She died on 13 December 1933, in Grandfield, Tillman, Oklahoma, United States, at the age of 90.

Due to the state’s financial crisis during the previous decade and growing criticism toward state government. Voters approve the Constitution of 1851 which forbade the state government from going into debt.
1867 · Sorry Mr. President, You can't do that.

English: habitational name from any of various minor places called Parkhurst, for example in Sussex, Surrey, and Hampshire.