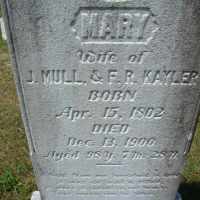 The Walton War was a border dispute between Georgia and North Carolina, when Georgia established Walton County. The main piece of land being fought over was called the Orphan Strip and was located between North Carolina and Georgia. It started in 1804 and became part of the War of 1812 and lasted until 1818.
1830 · The Second Great Awakening