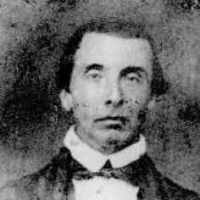 The Life Summary of Abraham Stokes

Put your face in a costume from Abraham Stokes's homelands.

A minority group of Cherokees including John Ridge, Major Ridge, Elias Boudinot, and Stand Waite, signed the Treaty of New Echota which ceded all Cherokee territory east of the Mississippi in exchange for five million dollars. The majority of Cherokees did not agree and 16,000 Cherokee signatures were gathered to protest the treaty. Boudinot and both Ridges were killed several years later by angry Cherokees for signing the treaty.