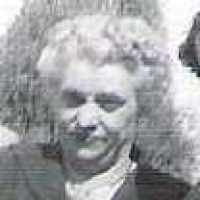 Put your face in a costume from Hazel May's homelands.

The Salt Lake International Airport starts its history as a small airfield. It slowly grew until Charles Lindbergh visited that area. After his visit, the airfield changed into a Municipal Airport and started being a hub for most flights from New York to California. After World War II, the airport turned into an international hub for most flights in the Mountain West. In recent history, It sees around 30 million travelers each year and continues to grow in popularity by the local residents.
(1997: 270;2007: 609; 2010: 826)Some characteristic forenames: French Alain, Andre, Francois, Laurette, Olivier. Spanish Francisco, Fernando, Mario, Abelardo, Carlos, Eduardo, Humberto, Jose, Juan, Mariana, Mirta.French (Ferré): nickname from ferré ‘of iron’ i.e. ‘armed’.