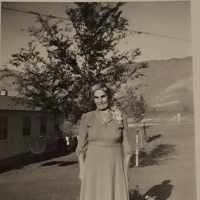 Put your face in a costume from Nimery's homelands.

The Hermitage Resort was a mountain hotel that invited many to vacation there during the summers and winters. It was constructed by Billie Wilson, a Scottish immigrant, because he had a grand vision of building a grand hotel.
Muslim: from a personal name based on Arabic thaman ‘price’, ‘value’.