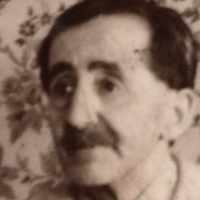 The Life of Hyman

Hyman Gottlieb was born about 1885, in Poland as the son of Gottlieb. He married Sarah Lavin about 1906, in Russia. They were the parents of at least 5 sons and 1 daughter. He lived in Manhattan, New York City, New York, United States in 1920.

Put your face in a costume from Hyman's homelands.

In 1897, while the Polish were still controlled by the Russian Partition, they created a secret political organization called the National-Democratic Party. Also known as the SDN, they primarily focused on promoting legislative changes and other forms of non-violent resistance. The group was dissolved in 1919 when Poland regained their independence.
1916 · The First woman elected into the US Congress

1 German and Jewish (Ashkenazic): from the personal name Gottlieb. As a German personal name this is for the most part a translation of Greek Theophilos (‘one who loves God’) that became very popular in the 17th and 18th centuries with the rise of the Pietist movement. Among German Jews, it existed, independently from German Christians, since the Middle Ages.2 German: from the personal name Goteleib, based on Old High German god, got ‘god’ + leiba ‘offspring’, ‘son’.