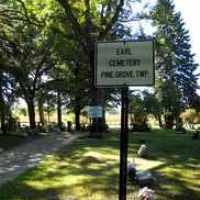 The Life of Adaline Electa "Adelade"

Put your face in a costume from Adaline Electa "Adelade"'s homelands.

The capital of Michigan was moved from Detroit to Lansing on March 17, 1847. The capital was moved to be further away from Canada, to encourage settlement and boost economy toward the inner regions of the state, and to make to capital more accessible to everyone statewide.
1854 · Creation of the Republican Party