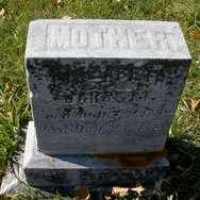 The Life of Elizabeth Mary

Put your face in a costume from Elizabeth Mary's homelands.

While the growth of the new nation was exponential, the United States didn’t have permanent location to house the Government. The First capital was temporary in New York City but by the second term of George Washington the Capital moved to Philadelphia for the following 10 years. Ultimately during the Presidency of John Adams, the Capital found a permanent home in the District of Columbia.
1801 · The Act of Union

The Act of Union was a legislative agreement which united England, Scotland, Wales, and Ireland under the name of the United Kingdom on January 1, 1801.
1820 · Making States Equal