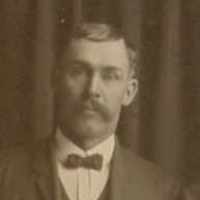 Put your face in a costume from Dietrich Anton's homelands.

This Act tried to prevent the raising of prices by restricting trade. The purpose of the Act was to preserve a competitive marketplace to protect consumers from abuse.
Altered spelling of German Oltmann .

Anton Oltman was born on March 19, 1842 in Bumberg Amt Essnes, Ostfriesland, Germany. Anton had been leased out at the age of nine years old. They were of a laboring group, who worked for the land own …