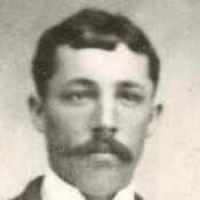 The Life Summary of John P.

Put your face in a costume from John P.'s homelands.

English: variant of Simon , with genitival or post-medieval excrescent -s.North German, Dutch, Flemish, and Jewish (Ashkenazic): patronymic from the personal name Simon . This surname is also found in France (Nord, Alsace, and Lorraine). In North America it has also absorbed various European cognates and their derivatives, e.g. Slovenian Simončič and Simonič, Slovak Šimončič and Šimonič (see Simoncic and Simonic ). Compare Simonds .History: This surname (see 2 above) is listed along with its altered form Simonds in the (US) National Huguenot Society's register of qualified Huguenot ancestors.