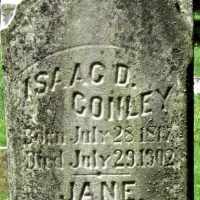 The Life Summary of Isaac Dennis

Put your face in a costume from Isaac Dennis's homelands.

Irish (Down, Antrim, and Louth): shortened form of Connolly .