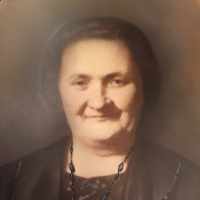 When Anna Magdalena 'Lena' Herbach was born in February 1879, in Odessa, Kherson, Russian Empire, her father, Conrad Herbach, was 32 and her mother, Elizabeth, was 33. She married Frank Eaks MAFFENBIER in Odessa, Odessa, Kherson, Russian Empire. They were the parents of at least 1 son and 4 daughters. She lived in Qu'Appelle, South Qu'Appelle No. 157, Saskatchewan, Canada in 1911 and Montrose, Montrose, Colorado, United States in 1920. She died in 1943, in Wisconsin, United States, at the age of 64.

Put your face in a costume from Anna Magdalena 'Lena''s homelands.

A landmark decision of the U.S. Supreme Court upholding the constitutionality of racial segregation laws for public facilities if the segregated facilities were equal in quality. It's widely regarded as one of the worst decisions in U.S. Supreme Court history.
(1997: 180;2007: 366; 2010: 431)South German: habitational name from any of several places called Harbach.English (West Midlands): variant of Harbage or Herbage, an occupational name for a keeper of a lodging house or someone who organized lodgings for guests or billets for soldiers from Middle English herbe(r)ge (Old French herberge ‘hostel, shelter’).